Ljiljana Bursac as born on October the 27th 1946, in Kragujevac, Serbia. She studied at The Academy of Fine Arts in Vienna, Austria; аnd received advanced studies as well as training in USA, Germany and France. In 1972 she became a member of The Association of Visual Artists of Serbia (ULUS), and was awarded ’Fond Mladih’ scholarship for young talents in 1972-1974 and 1975-1977. Her works have been exhibited in solo exhibitions since 1971, throughout the country and abroad – her first solo exhibition was at the Gallery of Belgrade Youth Cultural Centre, in 1971, and the thirtieth one at the Gallery ’Al Assad National Library’ in Damascus, in 2004.

Ljiljana Bursać participated in over three hundred group exhibitions in the country and abroad. In 1999-2000 she made the performance ’The Bridge of Light’ on the bridge in Kosovka Mitrovica.

Her works are spread in many of respectable museums, galleries and private collections all over the former Yugoslavia and the World. She is the founder and president of The Art Forum. 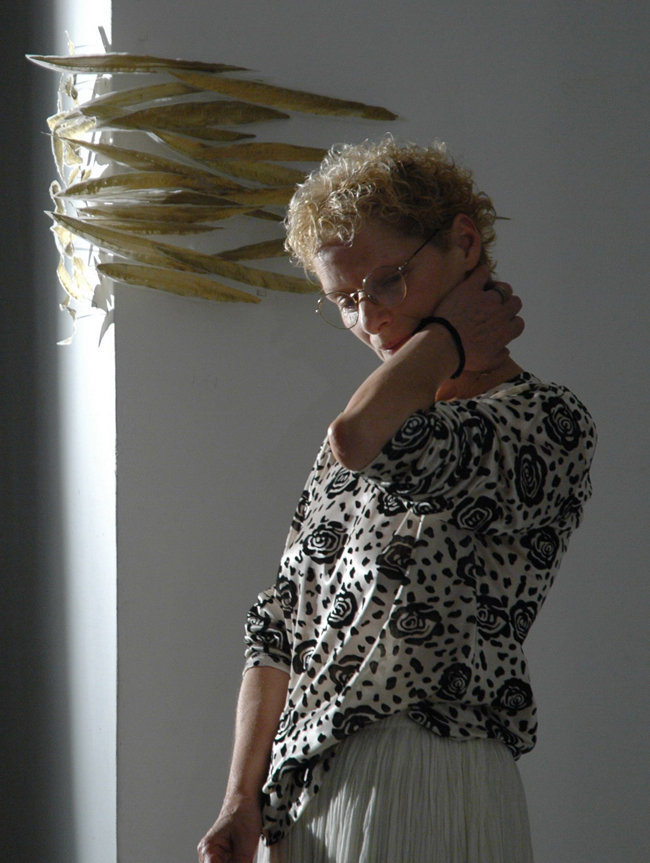 ’The Bridge of Light’

Since 2004 – UNESCO auspice for author projects, conception and programme

realisation of The Art Forum 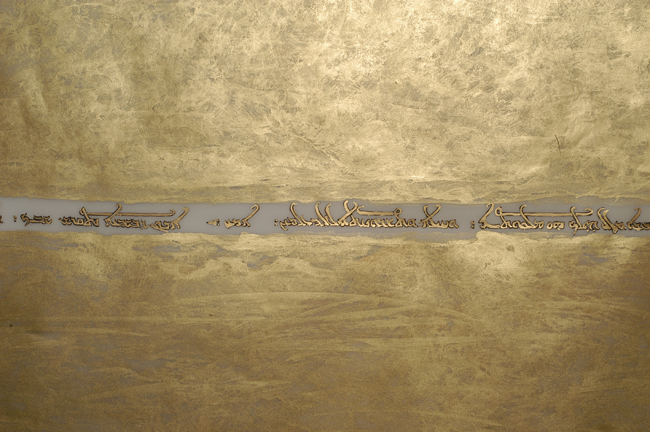 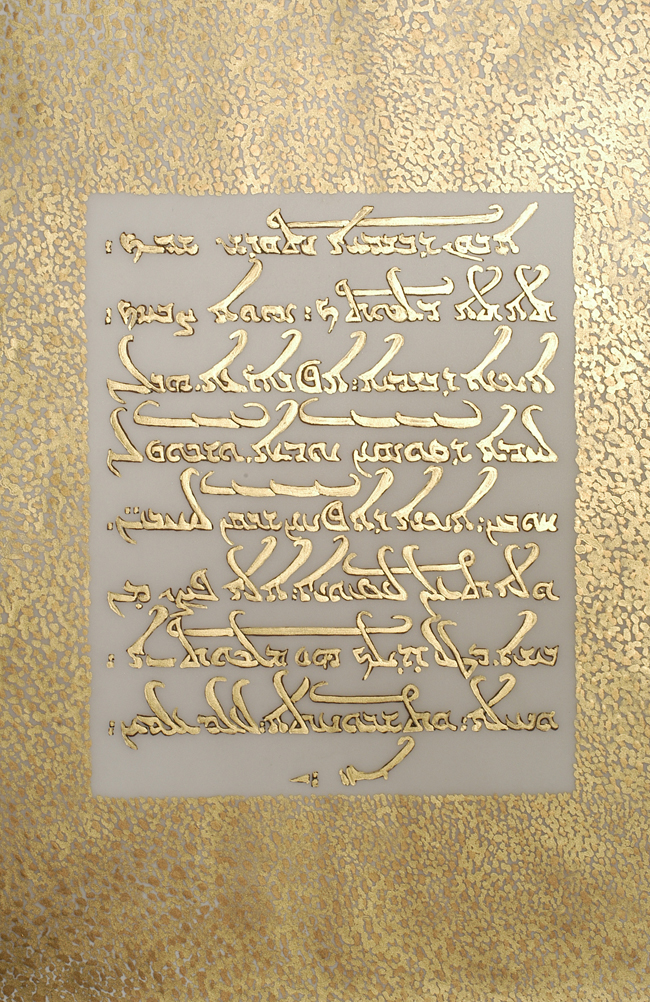 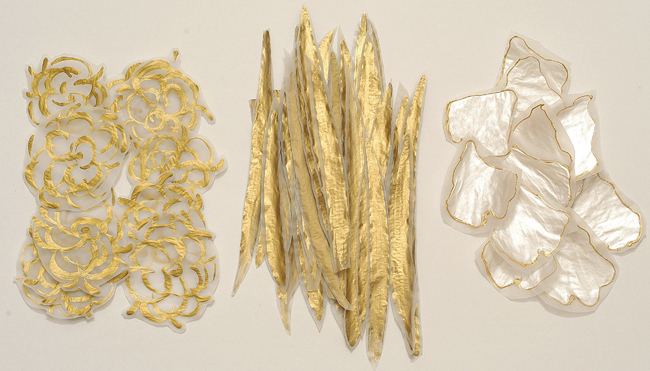 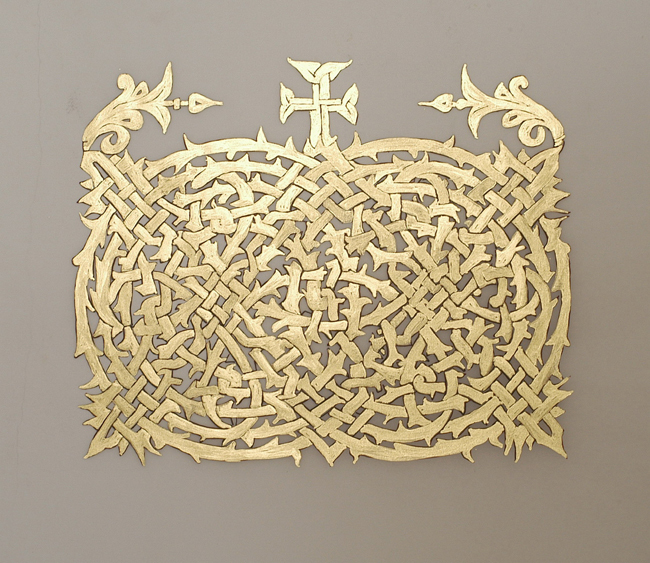 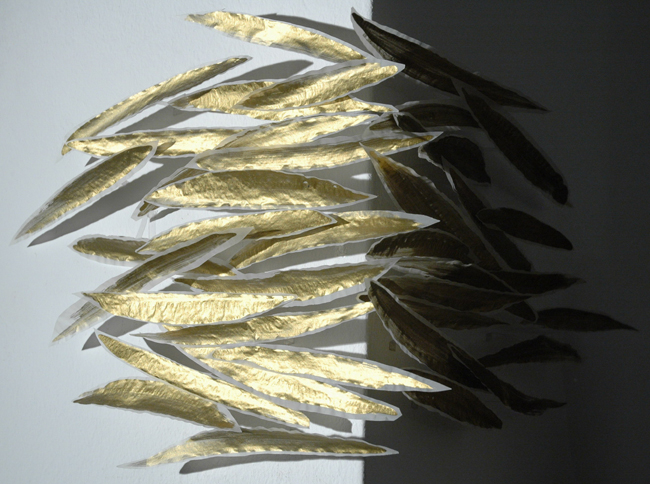 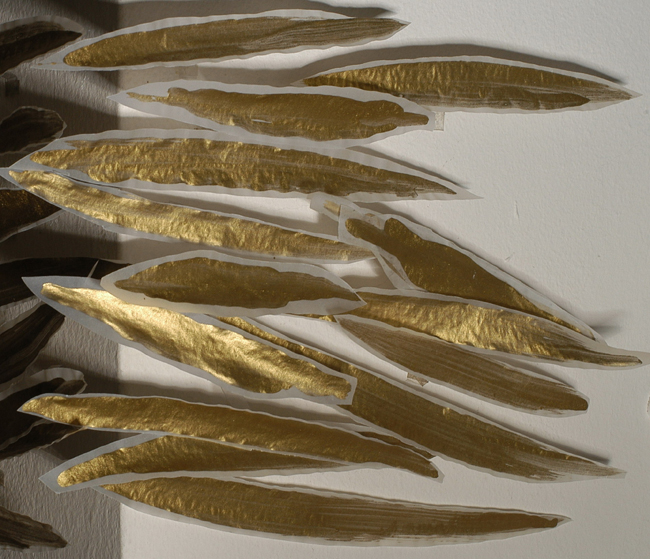 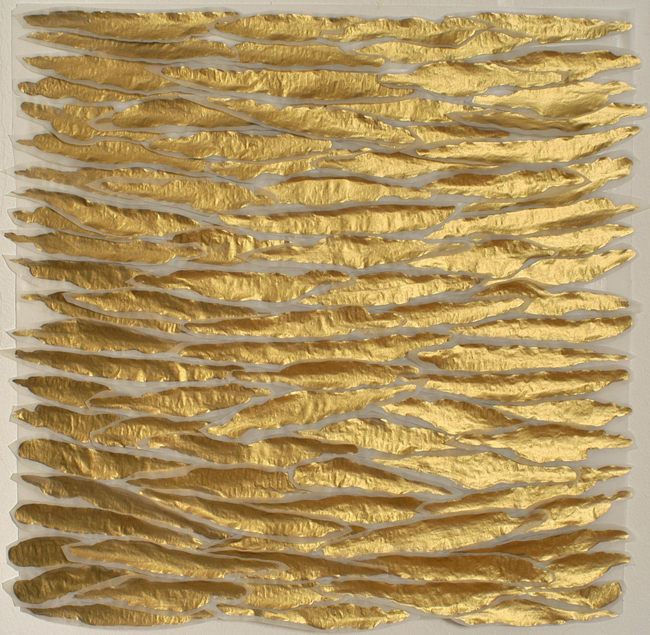 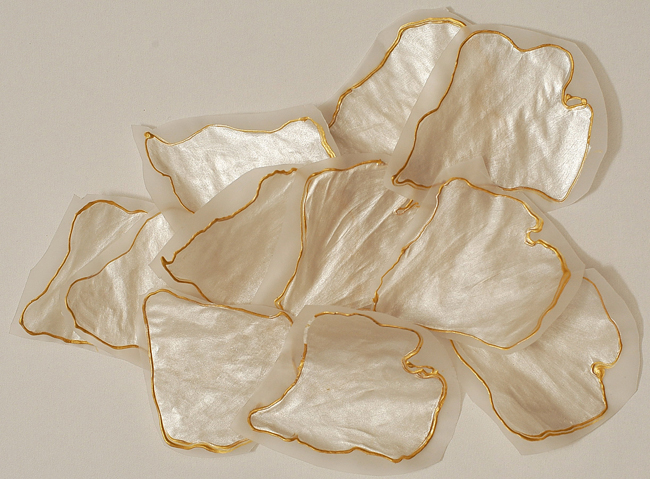 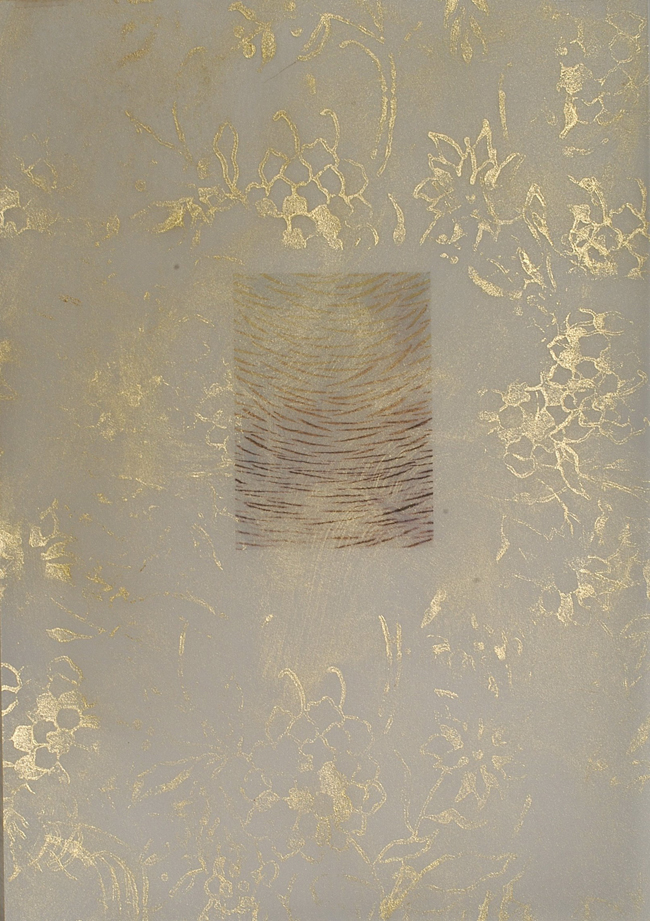 “In the beginning, any poetic language is misterious – it is, in fact, the creation of one perfectuly hermetic world’ (Mircea Eliade).

The poetic language of Ljiljana Bursać is based on more or less close reminiscences originating from diverse cultural and historical areas, that, by one extremely personal procedure, become transposed into a modern artistic context, resulting in complex visual entities.

The initial impulse for genesis of all further forms, as well as the key motive, gradual comprehension of which indirectly constitutes all the future forms, are grass blades, the motive which, after the artist herself, represents a particular document about permanent existence of the organic world. At the exposition Reminscences, the motive of grass, is implicitely resent in stroke of artist’s brush and refined with a gold surface. By repeating one and the same form in series, oblivious of the inscripted surface borders, the artist suggests infinity of the surface that can be controlled by a procedure of rhythmic repetition of one and the same motive, even beyond paper surface limits. This particular signature in her work is also being emhasized by the use of paper as unbridled ground, the edges of which are not fixed, and consequently not limited by anything in its need to spread endlessly in the space. The genesis of the initial motive can be further followed through its emancipation: the form separates from the surface and becomes independently introduced into the space, as an active factor of the ambiental entity. The grass blades are directly applied on the surface of the wall which, by its firmness and neutrality underlines the vibratility of the material constituting the blades.

The ornament cycle with firmly interlaced triple and double patterns, the origin of which can be traced back to the Middle East all through the Irish Mediaeval illuminated manuscripts, makes an important link in the developmental chain of the artist’s systems of personal imprints. Although deeply enrooted in the archetypical domain, lineary performed dense network of ornamental surfaces establishes the communication primarily by its plastic values: accurately performed drawing in gold, over immaculate, smooth, translucent paper surface makes one conclude that it is about a creative procedure based on an extreme ability to control one’s own stroke, on an established balance between the hand movement and internal concentration, the harmony of which enables the artist to express those ’spiritual spheres beyond verbal expression’.

Systematically exploring her own internal world, the artist introduces a whole set of characters, the models of which she traces and takes over from The Miroslav’s Gospel, that is from the manuscript embodying the highest achievements of the Serbian Medieval art development. In doing so, the author only relies on the already existing model from the 12th century in terms of adopting the basic character contours. However, the swiftness by which the character gold contour is inscribed, and which is necessary to achieve the perfection that the artist has reached, approaches the automatism as an artistic procedure, characteristic of the development of surrealistic painting expression. By forcing herself to engage in such kind of effort, the artist becomes the very instrument of action, that is, the limit separating the subjet from the object of action vanishes. The gold becomes an imperative, a supreme value which imposes the dynamics of performance, and much like in the case of a Medieval master – illuminator, who likes to emphasize as an essential quality of his manuscript the fact that it ’has been ornated in gold’, it preserves its superiority in the modern artistic context too, by dictating the method of work.

Since the times of Plotinus, the gold has been considered the material to which the highest ethical and spiritual featurres in general are attributed, thus indirectly annulling its material value. In the same sense, the artist uses the gold pigment, introducing into the spacious gold surfaces, the parts of textual units, taken over from The New Testament. Written in the Aramean, the text in question includes a universal message of love between God and human beings (John, III, 16), and the author preserves its original meaning, not only regarding the comprehensiveness of the message wording itself, but also the use of the Aramean, as an authentic language that the words of the prayer have been written. By taking over a particular quotation possessing its own strong historical and magical effect, the artist emphasizes its plastic values by abundant use of the gold pigment – thus regenerating its purity and authenticity in a symbolic manner.

The means of expression that the artist uses to achieve certain artistic qualities, range from the use of brush, through the use of roller and some particular stamps, to the use of modern digital media, as a more direct form of communication with the viewer. In the series of specific holograms, the author introduces a certain visual inscription into the gold-plated paper surface. By the procedure of duplication of various visual contents, the author opens endless possibilities of acting within the given space: the space can either be occupied by unlimited quantity of produced prints, or the entire quantity can be synthesized into a series, similarly to writing words in the sentence.

The constitutive elemenet of each individual cycle of the Reminiscence opus is the light, as well as its capacity of movement, capacity of dematerialization and transforming the material it reflects upon. In this sense, the words of the German artist have a special meaning: ’the light is the prime condition of universal visibility. The light is the sphere of colour. The light is the life element of a man and a painting’. (Otto Piene, 1964)” 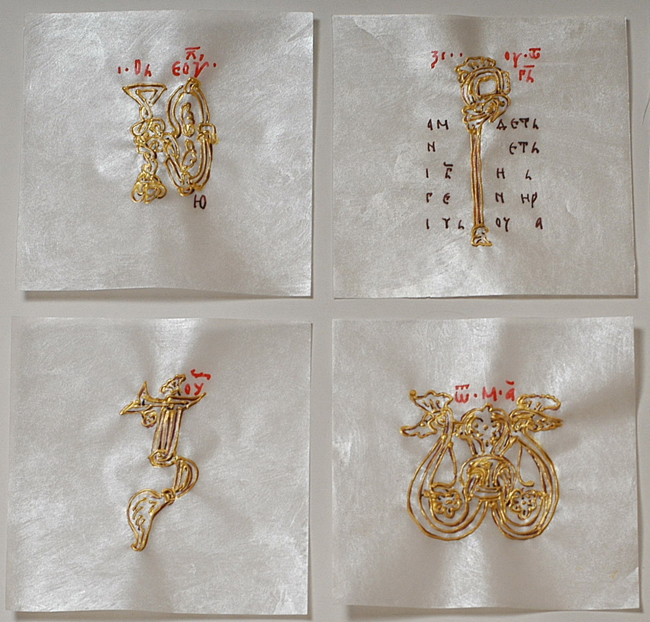 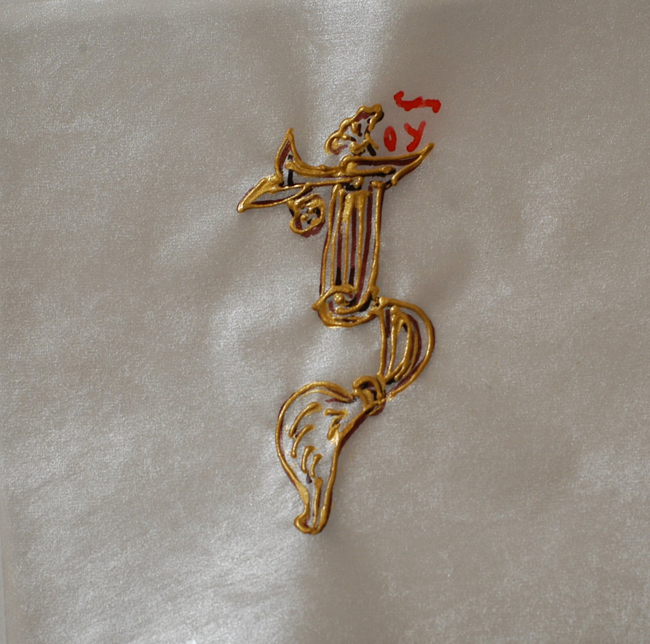 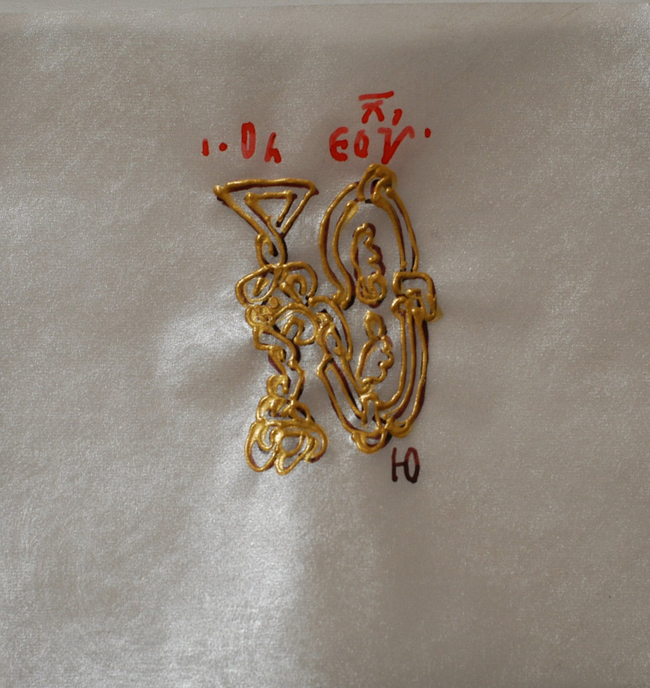 PrevPreviousGrzegorz Wrobel – Fresh colors
NextLucia Sarto – ImpressedNext
Many of the images displayed on this site are copyrighted, and are used here only for purposes of education or critical review. All rights are reserved by the artists who created the works referenced herein.
Facebook Twitter Google-plus Pinterest Instagram
Copyright (c) 2017 Musetouch Visual Arts Magazine All Rights Reserved
error: Content is protected !!