Known for his strong and sensuous depictions of women, Brian M. Viveros is a master of contemporary iconography paying homage to the femme fatale. While he almost exclusively paints portraits, within the expressions of his women is conveyed such deep emotion and overwhelming sexuality that his work is undeniably erotic. Often without even a hint of nudity, the viewer is seduced with a mere pout and gaze from his subject’s faces. Although carrying on a long tradition of the alluring female in art, his work differs from Pin-Up style images of the past. Aside from the absence of figurative representation, the commanding subjects in his art contrast “Cheesecake” ideology of the soft and innocent. Instead, with her empowered stare, the Viveros smoking bad-girls flaunt battle scars, tattoos, and army paraphernalia. A force to be reckoned with, she is the epitome of a subculture heralding a new era with shifting ideals. This underlying concept of grit combined with sensuality is brought forth in his execution and paint handling, as flesh rendered with an almost touchable suppleness is juxtaposed by paint splatters and brushstrokes. With explosive compositions and an unmistakable style, Viveros creates 20th century representations of both beauty and culture.

Brian’s paintings have appeared in museums and galleries throughout the world, and featured by media including Juxtapoz, Tattoo Society, Hi Fructose, Skin Two, TLC’s LA Ink and more. In 2005 Viveros made his directing debut with his short “Dislandia”, and he has since created the full length feature “Southern” and other films, which have premiered internationally and have been featured
on networks including The Sundance Channel.

In what will be Brian’s second showing at the gallery, the opening will feature an all new collection of original paintings, as well as special rare prints from the artist’s own collection; poster giveaway and signing; live “Smoking Army” performance; screening of Brian’s films along with his new short, and much more.

Established in 2008, Last Rites has become a premiere gallery for the Dark Art movement and a haven for artists who prefer to explore the ominous, uncomfortable, and eccentric in their work. Striving to showcase some of the most thought-provoking art in contemporary surrealism, Last Rites creates an atmosphere where the artist can harness limitless expression and the observer can reflect inward, inspired to understand that which resides in us all. Since it’s inception, media accolades now include Juxtapoz, Inked Magazine, Tattoo Society, Hi Fructose, NY Post, and the Channel 11 News. Paul Booth, featured by Rolling Stone as “King of Rock Tattoos”, opened Last Rites after 20 years of contributions to the tattoo and art community. Networks including Discovery, TLC, MSNBC, and MTV, continue to share the Last Rites reputation with the world. The uniqueness of Last Rites, aside from its focus on such work, is the collaborative effort between founding director, Genevive Zacconi and Paul Booth. The fact that they are both accomplished artists as well, allows for a stronger relationship with the exhibited artists, and amore understanding and creative approach to the overall presentation of their work- enhancing the experience for everyone who visits Last Rites Gallery. 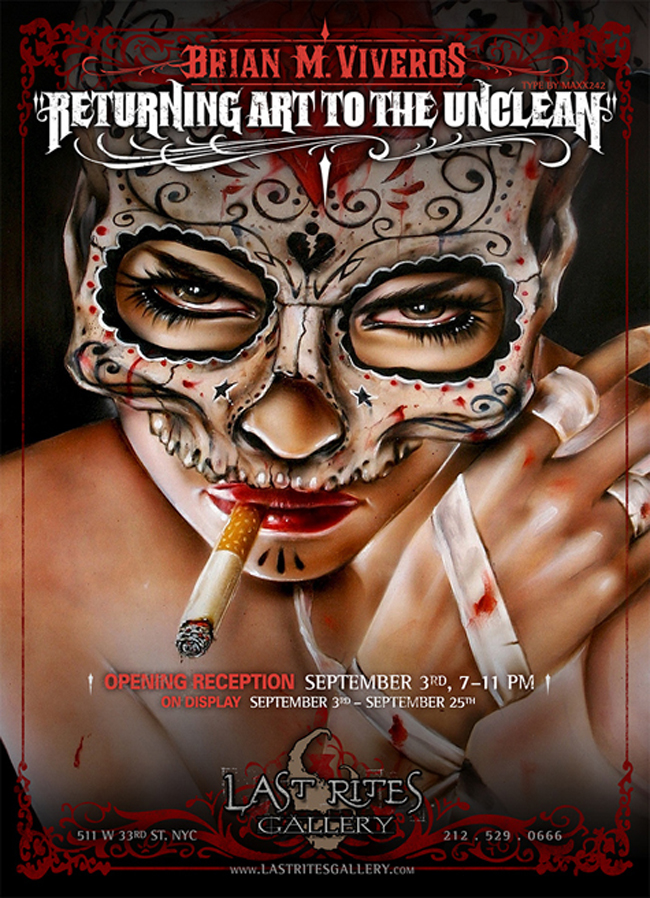 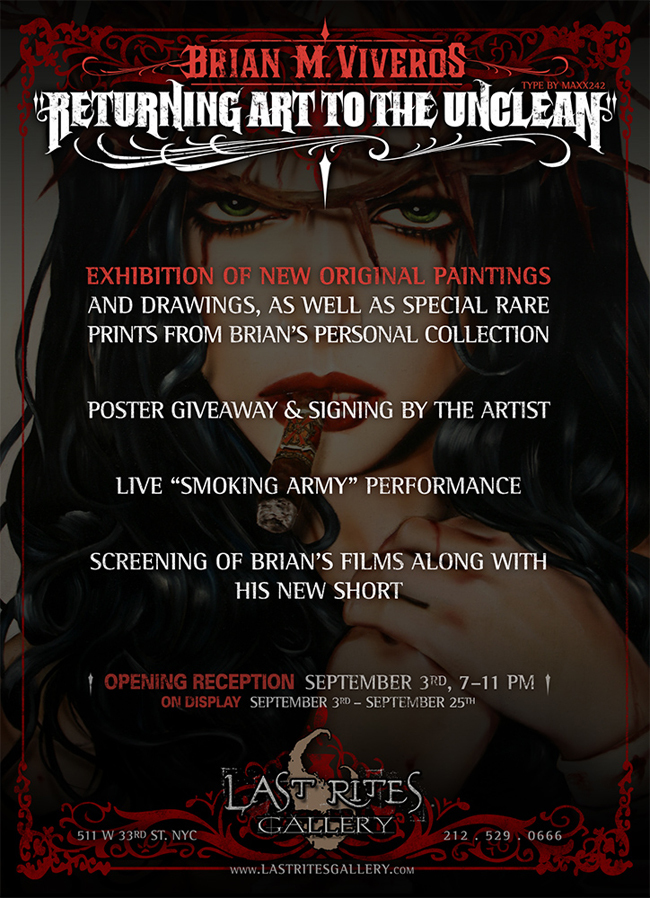 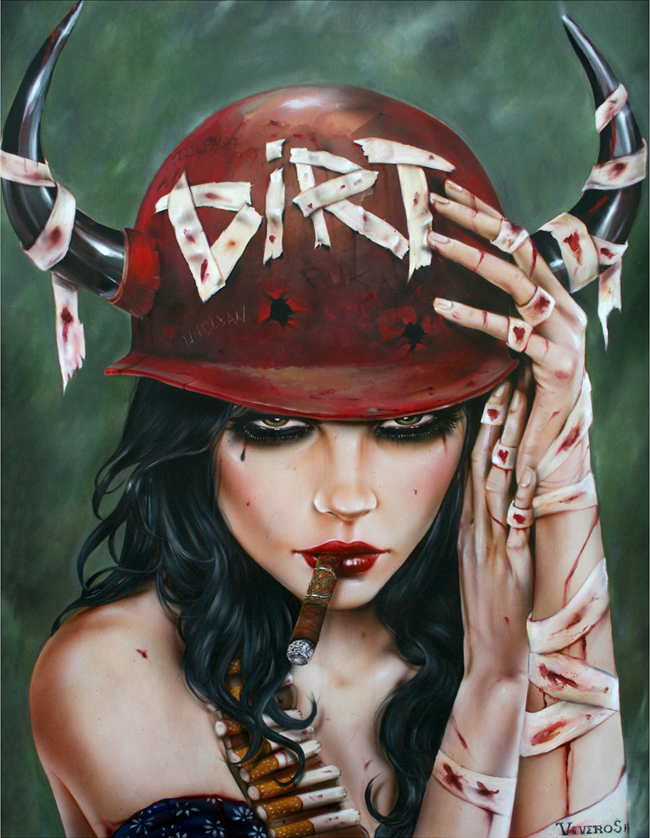 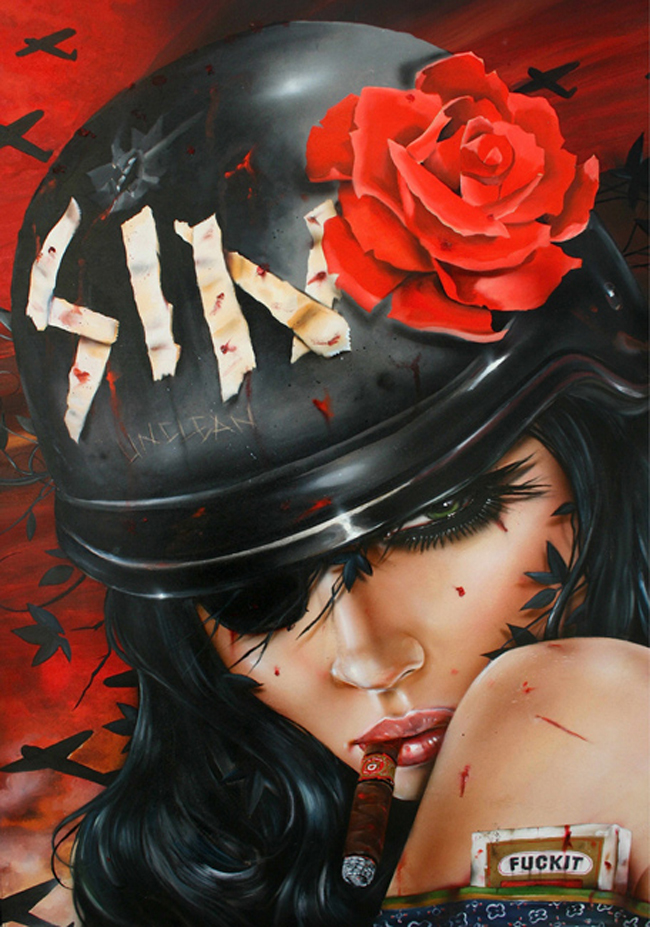 PrevPreviousJarek Kubicki – Silent is the night
NextWeiss Christian – QuietNext
Manage Cookie Consent
To provide the best experiences, we use technologies like cookies to store and/or access device information. Consenting to these technologies will allow us to process data such as browsing behavior or unique IDs on this site. Not consenting or withdrawing consent, may adversely affect certain features and functions.
Manage options Manage services Manage vendors Read more about these purposes
View preferences
{title} {title} {title}